Dickson Etuhu, the 37-year old Nigerian professional football player has been banned from football in Sweden for 5 years. 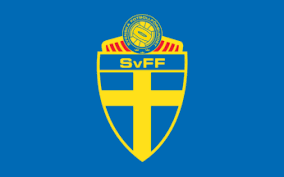 Dickson Etuhu, the 37-year old Nigerian professional football player who in November 2019 was found guilty for match-fixing by a Swedish court, has been banned from football in Sweden for 5 years.

The former Manchester City player was flagged by a fellow team member for attempting to influence the outcome of a game between AIK, the team Etuhu joined as a free agent in 2014, and IFK Gothenburg in May 2017.

After AIK’s first choice goalkeeper was out of the game with an injury, reserve goalkeeper, Canadian-born Kyriakos Stamatopoulos, was approached by Etuhu and another player, former IFK Rössjöholm Alban Jusufi, and offered SEK2 million /£160,000/ to underperform during the game. Instead, the former Canada keeper reported the bribery attempt and the match got flagged and postponed.

Etuhu denied any involvement but a lengthy investigation followed and in November last year the court found the player guilty of attempting a match-fixing. The Nigerian international was fined and ordered to serve a period of probation avoiding being sentenced to prison time. His lawyers announced they would appeal the decision before a supreme court.

The Swedish Football Association /SVFF/ has now taken action and served both Dickson Etuhu and Alban Jusufi with 5-year bans from any official football-related activities in the country.

“The Disciplinary Board has decided to suspend two people because they have deliberately tried to persuade a football player to underperform in one of the team’s matches. Through their actions, these people have violated the anti-match fixing regulations, and they are therefore suspended for five years. The ban includes training, competing or performing any assignments in any sports.”

The SVFF disciplinary board elected to impose the 5-year ban having in mind two factors. First, it related to the top football division in the country and stirred huge media attention. Second, the perpetration was only an attempt to match-fixing and did not deserve the maximum possible 10-year ban penalty.

Etuhu, who had a lengthy career in England with Preston, Norwich, Sunderland, Fulham, and Blackburn, before moving to Sweden in 2014, switched clubs shortly after the bribery attempt became public and investigated, to IFK Rössjöholm.

Dickson Etuhu was also involved in another incident during his career in England, this time on the pitch. In 2005, during his third season with Preston, the Nigerian player’s erratic form resulted into him moving to Norwich midway through the season, on loan.

Having no clause to prevent him from playing against the parent club, his first match for the Canaries turned out to be at Carrow Road against Preston. During that game, Etuhu went clumsily into a challenge and broke the leg of Adam Nowland, an injury that put an end to the footballing career of the new Preston addition in midfield, the area where earlier Etuhu lost his starting place in the Lilywhites squad.

Match-fixing is an issue that has been tormenting bookmakers in Sweden for years, with the latest from gaming and sports betting company Svenska Spel, asking for sharper regulatory measures to help eliminate such practices.