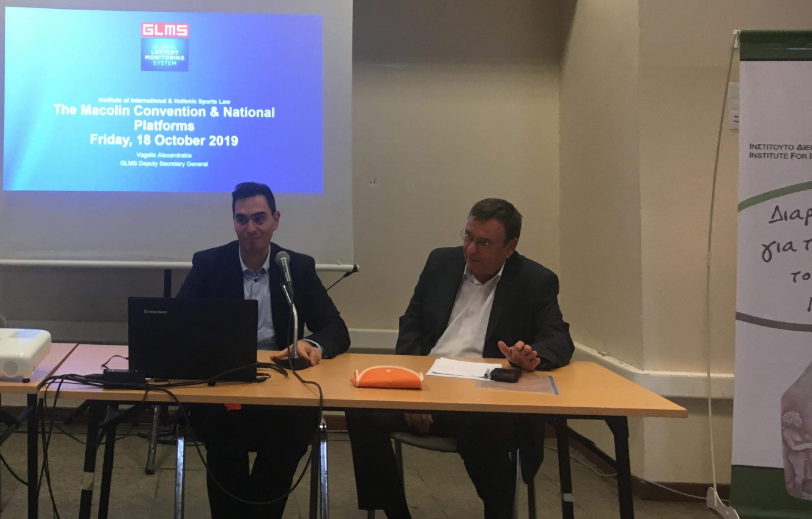 GLMS Deputy General Secretary, Vagelis Alexandrakis, acted on October 18 as a speaker at the Annual Conference of the Institute for International & Hellenic Sports Law in Athens.

The Greek General Secretariat of Sport has already made significant steps towards the ratification of the Convention. The ratification bill was open for public consultation last week and next week it will be submitted to the Parliament! Many thanks to the Institute of International & Hellenic Sports Law for the invitation!