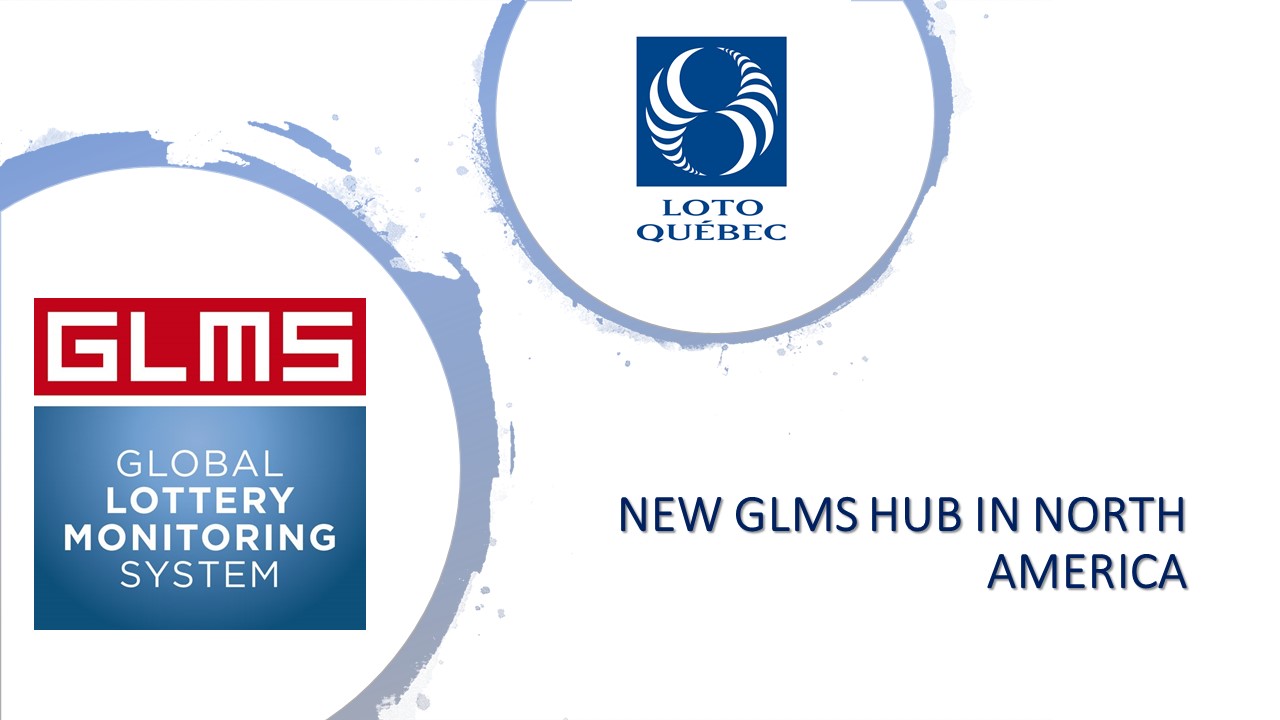 The President of the Global Lottery Monitoring System (GLMS), Ludovico Calvi, is pleased to announce the official opening of the New GLMS Operational Hub at the Loto Quebec premises in Montreal – Canada.

GLMS and Loto Quebec have consolidated their strong cooperation by setting up an operational hub at the Lottery’s premises with the objective being to analyse detect, prevent, and report irregular and suspicious betting activities that could threaten the integrity of sport competitions. GLMS’ main goal is to provide high quality information and Intelligence through a peerless monitoring system supplemented by an extended human analysis targeting North American jurisdictions.

GLMS President, Ludovico Calvi states: “with the recent sport betting deregulation and legalisation process in North America and the official opening of the new GLMS Operational Hub at Loto Quebec’s premises  in Montreal, our association is completing its full globalisation process. Loto Quebec has been a very active GLMS member in recent years and we value the standards of their Corporate Social Responsibility, Environmental consciousness and awareness raising of issues including problem gambling and integrity for sports. GLMS is a stronger organisation today with a distinctive – glocal approach – leveraging on truly global operations and local intelligence and expertise”.

Sports Betting Director at Loto-Quebec, Louis Beaudet, states: “The safeguard of sports integrity should be a priority for all sports betting operators. Loto-Quebec is proud to contribute to GLMS’ mission as we share the same core values. It is truly an honour to host the third GLMS hub and be able to directly contribute to its success.

GLMS’ Canadian operational hub will be targeting primarily North American jurisdictions and sports. GLMS thus becomes a true monitoring and intelligence alliance of global operations and local know how and capabilities, comprising sports betting operators from all parts of the globe.

This is the third in a series of hubs that were launched in other parts of the world (Denmark and Hong Kong) and will further contribute to the accomplishment of the key mission for GLMS, making it ever more credible and effective to all its stakeholders, including law enforcement authorities worldwide, the Council of Europe (& its Group of Copenhagen), the Olympic and sport movement, and last but not least, its members, counting over 30 lotteries and 5 associate members worldwide.

GLMS is the state lotteries’ mutualized monitoring system on sports betting. It aims at detecting and analyzing suspicious betting activities that could question the integrity of a sport competition. Building on six years of experience with the establishment in 2009 of ELMS with European Lotteries, GLMS went global in January 2015 extending the network to other continents. GLMS facilitates the sharing of sports betting information as part of the collective efforts of its members in ensuring sports integrity globally and is dedicated to effective cooperation with all key stakeholders: regulators, law enforcement authorities, sports organizations. GLMS currently has 39 international and national members from 4 continents and 3 operational hubs across Asia, America and Europe.

Loto-Québec is a GLMS member and is Canada’s first lottery corporation, and North America’s third. Since its creation 50 years ago, Loto-Québec’s mission has been to responsibly and efficiently manage games of chance in a controlled and measured fashion in the interest of all Quebecers. This government-owned corporation offers Quebecers first-rate entertainment thanks to an appealing, innovative and competitive offering, while remaining a recognized world leader for responsible commercialization.