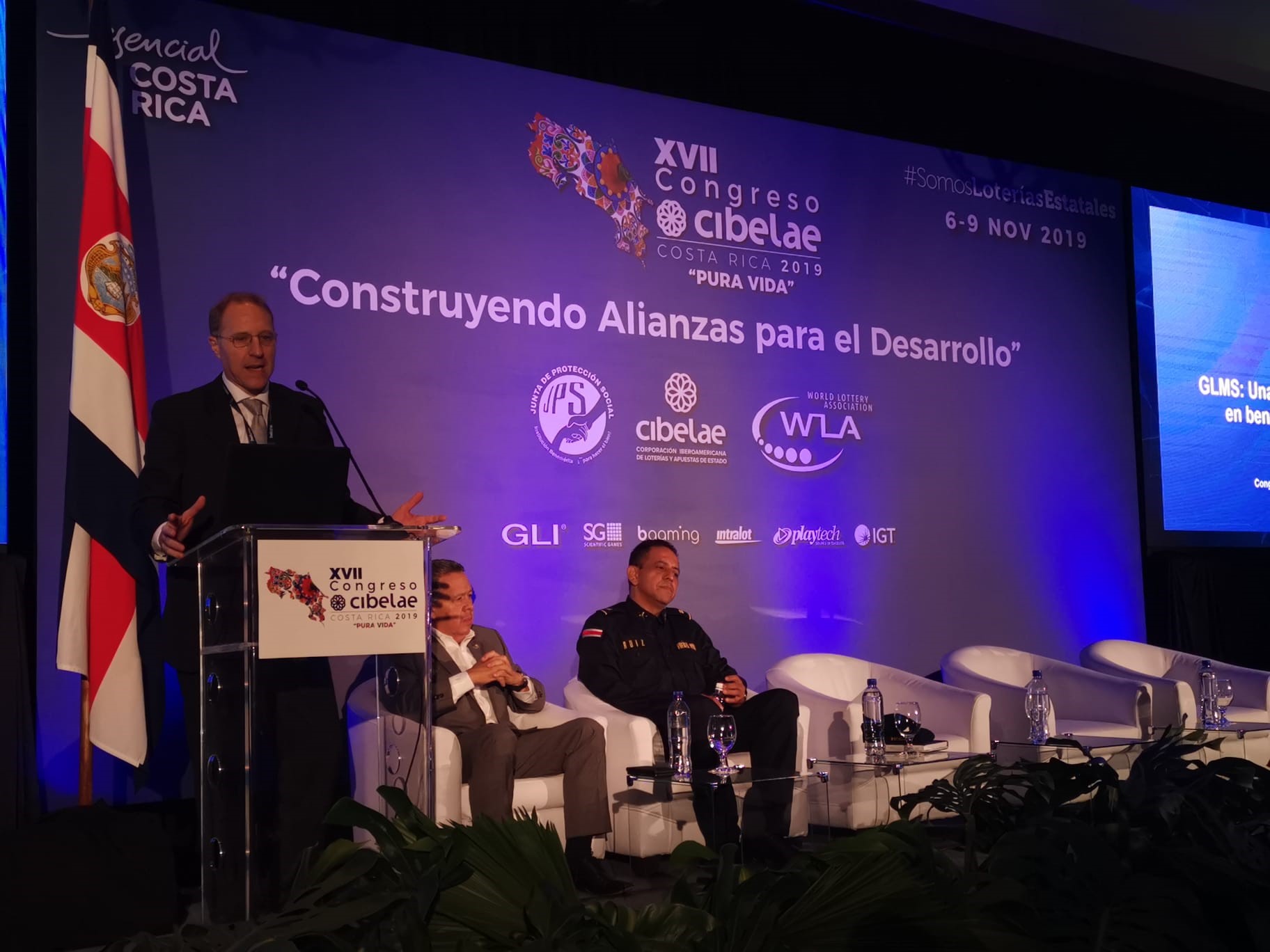 GLMS President, Ludovico Calvi, acted as a speaker at the 17th CIBELAE Congress, which took place from November 6 – 8, 2019 in San Jose, Costa Rica. Addressing the Latin American Lottery Community, Ludovico Calvi presented the mission and vision of GLMS and urged Latin American Lotteries to join the GLMS, showing their commitment to the safeguard of sport ethics, fully in line with their core lottery values.

Ludovico presented the benefits of the GLMS membership, emphasizing the value of the education and prevention tools, which GLMS makes available to its members and can help Lotteries strengthen their relations with their national sports and law enforcement stakeholders. At the same time, he underlined the importance of the GLMS Code of Conduct, which can be used by Lotteries as a clear and concrete reference for developing a responsible and sustainable sports betting operations.

Ludovico finally introduced to the Latin American Lottery Community the basic provisions of the Council of Europe Convention on Sport Competition Manipulations, calling upon them to work with their governments to sign and ratify the Convention, following its official entry into force on 1 September. Ludovico also underlined the importance of national platforms (as per article 13 of the Convention) as a national cooperation framework against sport competition manipulations and after briefly explaining the structure of some national platforms, which have been already set-up, called upon Latin American Lotteries to mobilize their states, sports and law enforcement stakeholders in their countries towards the creation of an effective national platform.

After the event, Ludovico Calvi, stated: “I would like to thank and congratulate CIBELAE for the excellent organization of the Congress, which gave the opportunity to the lottery community in the region to discuss key topics. The integrity of sports is indeed one of the most significant issues that the lottery community has to deal with nowadays and I would like to reiterate the significance for Lotteries in the region to join our GLMS family, helping us to further strengthen the “glocal” dimension of our intelligence work and show their solidarity to the 32 Lotteries across the globe, which have joined forces to prevent sport from being infiltrated by criminal activity”.