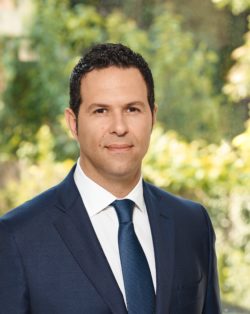 We are pleased to announce that the Global Lottery Monitoring System (GLMS) – with the endorsement of the World Lottery Association (WLA) and European Lotteries (EL) – has appointed Luca Esposito to the role of General Secretary of GLMS.

This appointment has received the full approval of the Executive Committees of the WLA, EL, and GLMS and follows appropriate due diligence, input from our members and valued partners, and appreciation of the renewed challenges facing the sport community to uphold integrity measures during the ongoing pandemic.

Luca currently serves as WLA Executive Director – a position he will retain while assuming the duties of GLMS General Secretary.  GLMS remains an independent entity and all appropriate controls and governance will be in place to ensure integrity of operations and data collection/management will be upheld. Having Luca perform both roles will contribute to the natural synergies between GLMS and the global lottery community including WLA and EL. Luca brings to his new role strong skills, deep expertise, and a professional track record of success of consensus-building, service delivery to a broad membership, as well as sound operational management. Luca’s leadership will serve as a catalyst in the global fight against sport corruption, advancing GLMS as the most trusted and credible entity worldwide in the safeguarding sport integrity.

Please join us in welcoming Luca to his new role, which takes effect January 1, 2022.

GLMS will remain an independent association with its own President and Executive Committee.

Ludovico Calvi, GLMS President: “We are extremely happy to welcome Luca in our team. Every single day there is a new incident of sport competition manipulation reported, this has been particularly true since the outbreak of the pandemic. The sport ecosystem has never been so vulnerable as today and this makes Match Fixing one the greatest problem in modern sport. Luca’s understanding of the gaming industry, global associations and their needs, and his hands-on knowledge in the area of sports integrity will be a tremendous asset driving the success of GLMS in the titanic fight against Match Fixing and to protect Sports Integrity worldwide”.