GLMS highly welcomes the entry into force of the Macolin Convention 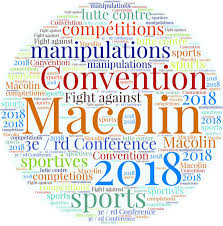 GLMS highly welcomes this development and looks forward to the official entry into force on 1 September. The Macolin Convention is the only legally-binding instrument in the domain, covering all relevant topics (incl. national and international cooperation, sharing of information, national platforms, criminal provisions, whistle-blowers protection, education and prevention, conflict of interests measures against illegal sports betting). Its implementation will be of pivotal importance for keeping sport safe, credible and inspirational! GLMS along EL and WLA have since the beginning fully supported the Council of Europe towards its efforts to promote the Convention and support states with the implementation of its provisions, via the Keep Crime out of Sport – KCOOS+ project.

Beyond the ratification of Switzerland, Croatia and San Marino signed the convention at a special ceremony in Helsinki on 16 May alongside the annual session of the Council of Europe’s Committee of Ministers. A total of 37 countries, including Australia, have now signed the convention, while others have also expressed their interest. At the same time, the ratification of the Convention by Italy was on 17 May published in the Official Gazzete and will become official as soon as the Council of Europe receives the ratification instrument via the diplomatic channels.

The Convention shall now officially enter into force on 1 September and as per article 30-31 of the Convention, the Council of Europe shall within one year from the ratification convene the Convention Follow-Up Committee. With this in mind and in view of the upcoming Education, Youth, Culture and Sport (EYCS) Council Meeting of the EU, the Danish Delegation via an information note it has shared calls upon the EU and EU member States to be part of the Follow-Up Committee from the beginning. The issue will be discussed under the AOB item of the next Education, Youth, Culture and Sport Council meeting on 22 and 23 May 2019.