30 May 2022. The Global Lottery Monitoring System (GLMS) is delighted share the approval, by its Executive Committee, of the membership of three entities, filling three new categories of associate membership since the launch of its updated Statutes following the GLMS General Meeting in September 2020 – CSCF Foundation for Sport Integrity, the Hungarian Supervisory Authority for Regulatory Affairs and the Greek National Platform.

GLMS is a not-for-profit association ensuring sports betting integrity and contributing to the fight against the manipulation of sports competitions. GLMS’ Statutes permit associate membership to all entities engaged in enhancing sports integrity (public entities, sport entities, suppliers to lotteries and other entities generally involved in the fight against sports manipulations), to facilitate secure exchange of information and enable enhanced coordination with the lottery member. With these types of memberships, GLMS endeavours to play its role in encouraging such coordinated actions in education, detection and investigations.

In addition, under the International Convention on the Manipulation of Sports Competitions, to which GLMS is a Permanent Observer, Parties are required to establish national platforms – a national forum bringing together all relevant stakeholders to effectively prevent, detect and sanction manipulations of sports competitions and to foster cross-stakeholder co-operation.

Luca Esposito, GLMS General Secretary commented on the new memberships, “Exchanging information is paramount in the fight against manipulation of sports competitions, expanding our membership to include the growing stakeholders involved in the sports and sports betting community helps us in achieving our objective to preserve the integrity of sport.”

Given the expansion of the domain of sports integrity in recent years, and the legalization of sports betting in many more countries, there has been a recognition of the need for a global, cross-sectorial and integrated approach to protect sports integrity and tackle sports competition manipulations has been recognized. With sport integrity being a particularly specific area, GLMS and its member lotteries understand the need to be able to work with other stakeholders to tackle effectively the phenomenon of sports corruption and generate real value for our member lotteries and society as a whole. GLMS has steadily collaborated with relevant stakeholders in the field for the benefit of its membership, notably sport organizations and public authorities.

Therefore, the Statutes reflect these changes, so that GLMS stays on course to achieve its  mission to become the most credible and respected entity worldwide in the fight against sports manipulations and to safeguard sport integrity and values, co-operating with public and private stakeholders globally. 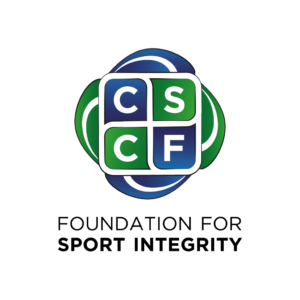 According to GLMS’ Statutes Article 3.4, “Associate membership is open to any organisation interested in safeguarding the integrity of their operations and sports in general including gaming, intergovernmental organisations and relevant entities not mentioned in the subsections of this paragraph such as for example official national platforms under article 13 of the Council of Europe Convention on the Manipulation of Sports Competitions (CETS 215) without a public authority status. Associated members (…) have the possibility (…) to collaborate on specific operations, as well as education programs on prevention, investigation and related areas”.

CSCF Foundation for Sport Integrity was established to provide advice and education on integrity-related issues for stakeholders in the sport and governmental sectors, boosting its corporate social responsibility and leveraging its specialized team and network with highly qualified experts and leading sport organizations to establish initiatives. CSCF continues to coordinate projects, including three ERASMUS+ of which GLMS has been a partner, which have either ended successfully or are still ongoing. The projects, namely Integrisport and Integrisport Next for law enforcement and judiciary on addressing sport integrity, and Integriball, developing an educational curriculum on the same topic for children and senior female footballers, have led to an increased engagement of law enforcement in particular with GLMS and its national level members. They have also provided GLMS with a platform to interact directly and through its lotteries with the law enforcement and prosecutorial sectors.

Commenting on the membership of CSCF, Director and former Hungarian Lt. Colonel and Intelligence Officer at Europol (European Police Office), Dr. Norbert Rubicsek, commented, “CSCF has been working with GLMS intensively within projects and related activities, and has appreciated the strong relationship we have built over the years, fostering a greater understanding and concrete activities, notably with regard to law enforcement and judiciary, as well as in curricula for young athletes. It has been enlightening for our country partners to engage with GLMS and with the GLMS lottery member at national level, resulting in concrete national actions. Becoming an associate member can further strengthen our collaboration, in education and regulatory issues as well as building a stronger inter-stakeholder relationship, combining efforts and encouraging consistency across domains.”

According to GLMS Statute Article 3.4.3, “(Public) Associate membership is open (…) to all public authorities, including (…) ministries, Law enforcement agencies and judicial authorities, non-lottery regulatory betting authorities, and international, regional and national agencies and authorities and national platforms that have a public status and are official under the definition of article 13 of the Council of Europe Convention on the Manipulation of Sports Competitions (CETS 215)”.

Thus, while GLMS enjoys MOUs with several betting regulatory authorities, allowing for voluntary and fruitful collaboration, the GLMS Executive Committee approved the Supervisory Authority for Regulatory Affairs of Hungary as one of the first Public Authorities to be an Associate Member of GLMS, evolving the relationship to a concrete engagement, also involving GLMS’ Hungarian lottery member and promoting a coordinated approach.

As the regulatory authority responsible for authorizations and regulations, including for betting in the country, the Hungarian regulatory authority (also known as SARA), has been the Supervisory Authority for Regulatory Affairs since October 1, 2021 and an independent regulatory organ. Its activities cover the field of gambling, and other controlled areas of activities (tobacco trade and supply, court bailiffs, liquidators, mining and cybersecurity). While the Authority itself does not monitor sport betting events, in the face of any emerging suspicious activity (based on the alert of the betting operator, a whistle-blower or other source), it may file criminal allegations with regard to illegal betting operations. This would allow the police to investigate the cases within the criminal procedure.  GLMS could eventually contribute to the success of the investigation, together with its membership.

The President of the Supervisory Authority for Regulatory Affairs of Hungary, Dr. Marcell Biró added: “We are glad that the Global Lottery Monitoring System (GLMS) has supported our authority’s application to become an associate member of GLMS. This cooperation will contribute to our efforts as a regulatory authority to fight match-fixing via gaining information on the risks endangering the integrity of sports and on effective prevention tools.”

Hungary has also signed its commitment to later ratify the Macolin Convention and has been setting up its national platform. SARA is an important stakeholder, while GLMS’ individual lottery member, Szerencsejáték Zrt, is another key national stakeholder.

Commenting on the associate membership of its regulatory authority to GLMS, Szerencsejáték Zrt. CEO, Dr. Alex Bozóky, commented, “As a responsible national lottery operator, Szerencsejáték Zrt. has long been dedicated to safeguarding the integrity of sport. To this end, beyond our internal rules and regulations we also advocate the most stringent guidelines of international federations, furthermore we welcome all efforts that aim to further strengthen this mission. We are convinced that the decision by the Supervisory Authority for Regulatory Affairs to join the Global Monitoring System is also another important step in this field.”

As a State Party to the Council of Europe International Convention on the Manipulation of Sports Competitions (Macolin Convention), and current chair to the Follow-up Committee of the same, the Greek National Platform for Sport Integrity (EPATHLA) was established according to Article 13 of the same. It is the main tool for the Convention’s implementation in Greece and aims to national coordinate competent bodies at national level, cooperate internationally and create a monitoring mechanism to ensure the implementation of the provisions set out in the Convention.

The new EPATHLA membership will seek to enhance the inter-stakeholder co-operation with GLMS’ Greek lottery member, OPAP and enhance the work at national level within Greece.

Commenting on the membership, Greek Secretary General of Sport at the Ministry of Culture and Sport, George Mavrotas added, “Manipulation of sport competitions is a global threat for sport and its values. It is a threat that requires national and international coordination and cooperation for addressing it. During the last years Greece has taken significant steps for combating match-fixing, we strongly believe in value-based sport and this agreement between EPATHLA and GLMS, a leading partner in the field, is another step towards this direction. It is essential to join forces and exploit synergies in order to protect sport from the corrosive phenomena that devalue it”.

GLMS embedding partnerships within the DNA of the association, encouraging concrete inter-stakeholder actions

Since the adoption by the 30+ strong lottery membership in 2020, current partnerships will be embedded within the DNA membership GLMS as associate members, to ensure that there is a two-way exchange that benefits members in their sport integrity efforts. GLMS members are bound by its Code of Conduct, fully in line with the Macolin Convention and its Statutes, and share its mission, vision and values. GLMS has enhanced its peerless monitoring system and developed its policy presence, and education, prevention and legal services for its members.  Associate members from education, sport, and public authorities and its important lottery suppliers, can only enhance the overall national work in combating sports manipulations and the activities of its lottery membership in this domain.

Commenting on the evolution of GLMS in recent years, GLMS President since 2017, Ludovico Calvi, shared his thoughts; “We are very privileged to welcome such prominent and competent bodies in our association. The challenges facing the global Sport Integrity community in the years to come are massive, especially post Covid and we need true collective actions and collective responsibilities to succeed.  By implementing new and more efficient Statutes, GLMS was able to grow a diversified membership base involving new strategic stakeholders, including public authorities and key sport Integrity global stakeholders with a direct engagement in drafting sustainable legislative and regulatory betting evolutions”

All this while continuing to be vigilant and maintain the safeguarding measures put in place to guarantee the legality and protect athletes and all the stakeholders involved across the globe. 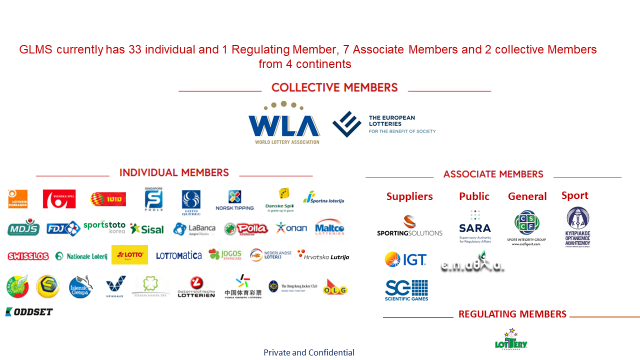